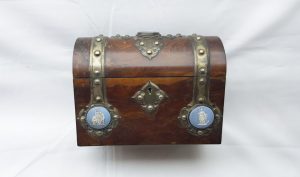 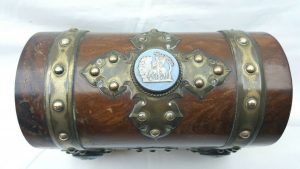 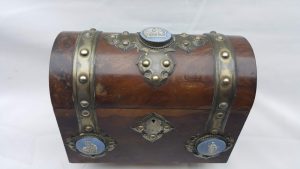 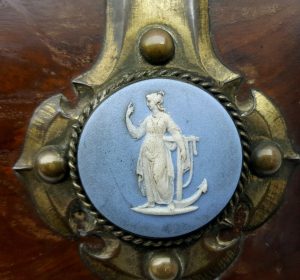 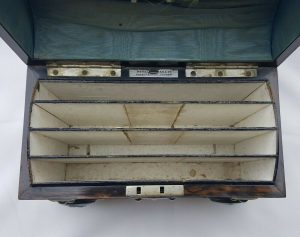 The box has straps which extend over the domed lid, fixed with large studs and finished with the roundels on the front. The metalwork on the lid is a stylised Gothic cross shape, again with a Jasperware roundel to the centre. The front has a corresponding escutcheon.

Internally the box is subdivided for stationery compartments and the inside of the lid has turquoise coloured silk. The manufacturer’s plaque is fitted between the hinges.

Condition: Functional condition with no major damage, losses or dents. The veneer is all present although has some loss of french polish. The lid closes accurately and the hinges are tight. The metal work has lost much of the former gilt finish. Internally the compartment’s sub-dividers are absent and the silk lining is torn and loose near the lockplate catch. The velvet on the base is worn.

or email us on: info@minervacompany.uk